It’s a fact that good games get passed over because of bad art. Now, “bad art” doesn’t necessarily mean that it looks bad, but more that the art doesn’t “fit” the game it’s in. It’s a difficult concept, and there isn’t really any formula out there (that I know of) that can pinpoint exactly what makes certain art good for a certain game, but what suits one game style may not suit another. Games don’t have to have amazing art to be marketable, but they have to have an art style that can draw a person in.

I don’t want to call out specific games that did it wrong; it’s more of a “you know it when you see it” thing. The biggest mistake I see being made is when games use art that doesn’t look professional. “Professional” doesn’t have to mean “photo-realistic” or like you paid tons of money for it. There are plenty of games that use really lo-fi or simple artwork that get the point across:

Examples of games that did it right (by no means exhaustive)

Be Honest With Your Own Game’s Art

A large component of choosing an art style is being honest with yourself. We live in a society where everyone gets a medal for participation, but when it comes to getting your game to stand out, specifically in a positive way, just making something isn’t good enough. You need to be able to critically analyze what you’ve created, and take constructive criticism without making excuses. If you don’t think you’re harsh enough on your own work, post it on a forum somewhere and people will probably be pretty honest with you. Alternatively, find someone you trust and give them the artwork and say something like “this is an art style I was thinking about for my game, what do you think?” You’ll probably get something pretty honest if you’re presenting it as if it was from a third party. Protip: If they tell you it’s bad, don’t tell them you created it; that will just make them feel bad for giving honest criticism.

Final Thoughts on Creating a Marketable Game Through Great Art

Once again, there’s no formula for choosing a style or creating artwork that’s appropriate for a game. But every gamer has seen certain indie games that stand out in a negative way because of the in-game artwork, menu system, logo, etc. These may not be easy things to fix, but they are vital to making a marketable game. If you can’t be honest with yourself, find someone else to be honest with you, and don’t take it personally. If someone you trust says your drawings look like crap… there’s a good chance they do. 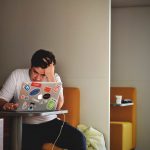 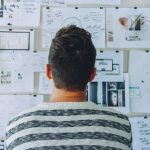 How to Make an Indie Game Marketing Plan (with Template)

Top 3 Challenges to Developing an Indie Game: As Voted by 9 Indie Devs

Are you making the same mistakes other indie devs are with their marketing?

Read and Find Out!